Logging In on Donald Trump’s Health

This post gives my 2 cents on the national conversation on the president’s “clean bill of health” that has been in the media recently.

First, the only way a physician can truly work up a patient in terms of memory, dementia, etc is to have a neurologist give  in depth memory and brain function testing. Identifying a few animals just doesn’t cut it, and is mostly laughable. If they had put him in a functional MRI and had him do complex tasks, then we would have had some useful information to work with, if, that is, it would even have been released to the public.

When you look into PubMed, https://www.ncbi.nlm.nih.gov/pubmed/ (an online database of medical research), you will find that taking statins can make you more vulnerable to dementia and memory loss. This holds true for other medications also: benzodiazepines i.e., zanex and sleep medications.

Despite what is claimed in standard medicine, cholesterol is not the villain it is made out to be. One of many good things it does in the body, is protect the nervous system from damage–it acts like  protective nerve insulation, much like wires that are insulated in your home. You can drive cholesterol too low with medications like statins, which damages your health. The real cause of heart disease is inflammation.

The president is on statins, so I suspect harm, despite his “good genes”. Genes are only about 20% of the equation of a person’s health profile. In my opinion, with the diet the president is eating, if I worked him up with functional markers and testing (it is a very good hunch that none of these were done by his physician), I would find inflammation everywhere in his body. He is eating a full out inflammatory diet. No good outcomes can possible come out of this. Stay posted. 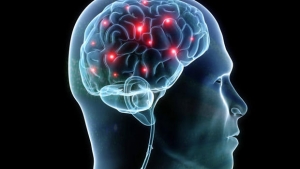 President Trump has been diagnosed by several psychiatrists from afar as a “malignant narcissist” based only on what he has said and done. National Public Radio did an in depth interview with 2 of these mental health professionals last year.

This is on the spectrum on sociopathic personality disorders and you can look them up in the DSM 5 (Diagnostic and Statistical Manual of Mental Disorders). People who have personality disorders generally never change and are incapable of changing their behavior. The cause of these is some combination of genetic factors and childhood upbringing. With MRI technology, we now know that people who have personality disorders have a different structural brain than those who are normal. These changes cannot be treated to date with anything. The only hope is behavioral change in motivated persons undergoing psychotherapy.

Being also a functional medicine practitioner, I would love to work up the president functionally: I would do  comprehensive blood serum testing (which most physicians do not do), a comprehensive gut test looking for stealth infections and how well the gut works, saliva and urine testing to determine the functional health of his adrenals and thyroid and send him to a very good functional cardiologist and have him worked up non-evasively to determine heart disease (you can’t determine heart disease with a yearly check up unless you go into depth).

I especially would be interested in how his carotid arteries look when he has a special ultrasound done on them down to the cellular level to see plaque forming on them. Then we could determine how healthy the president really is.  Remember, heart disease is a silent killer. the first symptom is death. His diet is simply a heart disease diet. I am not optimistic.

About the Author: Elizabeth Borg